Take a brave action with fresh and assertive energy. A New Moon in Gemini. The first week of June brings fresh energy, as we are under the influence of the New Moon in Gemini (May 30), also, Mars entered Aries on May 25 to be here until July 06. Jupiter that entered the same fire sign of Aries on May 11.2022 play magnificent part. What a wonderful combination of courage, risk taking, positivity and brave leadership actions, fresh movements and new beginning!  It is an energizing New Moon in Gemini that is stimulated from the fire sign of Aries, it brings fresh breeze, it is optimistic, courageous new moon. As Jupiter visit each sign once in 12 years, now it meets with Mars and transports brave movements, courage and optimism for the future. Aries is the first sign of the zodiac and represent new beginning, it is the pioneer of the zodiac, the leader, the fighter for the freedom. Jupiter expand whatever it touches, it fights for freedom, truth and justice. Now, you have great idea how Jupiter in Aries will influence Mars action, as well as the New Moon in Gemini that can bring inspiration in June.

During the New Moon, Mercury in Taurus squares Saturn in the independent sign of Aquarius, where Saturn rules structure and restrictions and places barriers in communication, in social media, networking groups and friendships.

Mercury that rules Gemini (the new Moon) is in 24 degrees of Taurus, due to it is retrograde cycle and will remain there until June 14 when it moves back to Gemini. Mercury is in 8 degrees orbit of Uranus, the planet of freedom, revolution, restlessness and independence. Uranus, Aquarius ruler accelerate and brings more fire to the New Moon, as Uranus is the higher mind planet, it represents the innovative, unique thinking, evolutionary actions and new ideas, it is enormous active higher octane planet of energy, as well.

Uranus and Mercury are both in the sign of the earth, nature, food, finances and money sign of Taurus.

Venus, the planet of love, money and food is in Taurus as well until June 24, when it moves to Gemini.

Where to outflow this wonderful, also independent and loving energy? How to channel the New Moon energy from the communicative, youthful, cheerful, versatile sign of Gemini and initiate something new in order to manifest our strong desire, to fulfil our purpose?

We need to concentrate on the positive action and use the loving energy of Aries, which is enormously expanded from Jupiter in the first sign of the zodiac, to transform our life, to make changes; to alter the way we communicate and express our ideas, as we use new words and take a new lead in order to achieve our intentions.

Fortunately, Mercury, the communicator turns direct on June 03.2022 and help us to see the light, to make the necessary changes, especially these that influence the media, the communications and transportations.

Gemini is a mental sign, it rules our mental function, how we think and communicate, how we generate new ideas. Instead of being restless and scattering, let use this enormous brave energy, to focus, to be more conscious, more persistent and concentrate our efforts and deeds in one great area. Focus is the key word! Make the truth to be your drive! Fight in the name of your bright future!

On June 12, two days before the full moon, Venus conjuncts revolutionary Uranus, both in Taurus, this can cause serious upsets in relationships, also bring fluctuations and major changes and in financial system.

This aspect can shade the emotions we have during the full moon; the action we take to liberate our self. If we are open, the Full moon can be stimulating and rewarding. Remember, Uranus is the planet of freedom- some of use may decide to follow their own pat, if the relationship is restrictive and resentful, other may start a new unique and liberal relationship. One way or other, Uranus fights for freedom, independence and individuality.

This Super Full Moon in Sagittarius creates very close T-square with Neptune (in Pisces), The Sun in Gemini and the Moon in Sagittarius. It is stressful and emotional time. A day later, Mars conjunct Chiron in Aries. Success and failure goes hand by hand. As Neptune rules Pisces and brings confusion to both the Sun and the Moon, it also creates opportunities for spiritual growth, inspiration and compassion. Even though, it is difficult to see the reality, to create or translate idea into concrete action.

There is another important goddess in the picture – a Lilith, she plays important role around the Full Moon in Sagittarius. Lilith brings dark and light, it is dramatic, it carries a lot of emotions. It can be chaotic, uncompromising famine energy. As Lilith is in the home sign of Cancer, it squares Mars in Aries. Lilith usually cause fears, strong emotions, it reveals deep dark secrets about children and family issues.

Lilith, the black moon is one of the dark goddesses, like Isis, Persephone, Hecate, or Kali, expressing the feminine power of the divine creative, transformative force. If we follow their trail back in time, down to the roots to find the source of their darkness, of the fear and negative side, they typically represent in mythologies, we often discover, not only a major shift in the collective human image of the feminine, but also some deep undercurrent, some hidden essence that needs to be acknowledged and healed in our personal lives.

The Black Moon, called Lilith, is said to be the mother of Adam (of Adam and Eve) and at the same time his lover. But she refused to be his servant only and wanted to be his equal (unlike Eve). And so the Black Moon stands for an independent woman, equal in rights to man, having the same status as a modern western woman as opposed to that of a submissive woman of oriental cultures.

She is not like a mother but rather like a liberated, childless woman, behaving in a very masculine way. She decides whatever she wants to do and acts it out on her own. She loves freedom and wants everything her own way.

Jupiter is the ruling planet of Sagittarius, it stands for the truth, justice, optimism. Humanity, understanding, philosophy and friendliness are some of the beneficial characteristics of Jupiter in astrology. The Full Moon in Sagittarius will create a spiritual individual who is generous and caring. Jupiter as the giant planet that emanates confidence and prosperity.

Nowadays, you have better picture what is going on in the sky during the Full Moon in Sagittarius. Now, you can choose your action consciously and decide in which direction to take. Having all this in mind, you can choose the pat you want to follow- it can be the end of painful experience and the beginning of a new one, it can be liberating and stimulating. What you want to achieve? What you want to end and what to activate? What are you going to focus on? On the dark site or the light at the end of the tunnel? What are you going to choose? Love or hate? State of scary or state of bliss, love and peace?

The key word with the Full moon: truth, generosity, optimism, love and spiritual growth. By moving from fear to optimism, by using our heart and loving energy, we can manifest what we want to realize, to raise our vibration and this on the earth, to make the world a loving place to live. 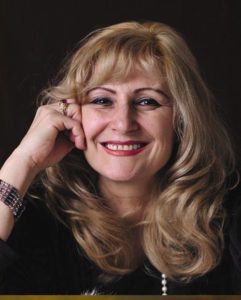